Honda Foundation activities that had centered on overseas activities since its inception were directed toward reimbursement to Japan in the form of intellectual exchange meetings, colloquia. At these meetings, science and technology experts as well as academicians on the cutting edge of other fields, are invited to speak. Such lectures are followed by receptions, where they engage in free discussions with participants. These meetings, started in 1978, have been held more than 130 times to date.

The meeting program consists of a one-hour lecture on highly specialized themes by speakers who are top experts in their respective fields, given in a way that is easy to understand for neophytes, followed by a reception for deeper discussions into the issues. In the conviction that "learning advances in depth through mutual exchange of academic knowledge and learning," the late Soichiro Honda used to attend these meetings without fail to engage in discussions with various researchers. The meetings initially attracted roughly 20 participants, but have now grown in size to 100－120 in recent years, becoming a venue of great intellectual stimulation. 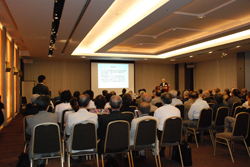 We invite a guest speaker to give 1-hour lecture mainly from science and technology field along with from broad range fields, such as cultural figure and entrepreneur. Participants are always intrigued by timely themes thus many questions follow at Q&A session. 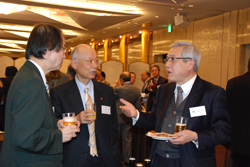 Participants may openly discuss and network with a guest speaker and other participants at buffet style. It meets our biggest goal of the colloquia, "intellectual exchange salon," place of exchanges among people from various fields.