On November 18, 2015, the Honda Foundation held its Y-E-S- Forum 2015 in Tokyo. With the participation of the awardees of the Honda Y-E-S Award in Vietnam, India, Cambodia, Laos and Myanmar, the Forum was organized in order to engage young scientists and engineers from Japan and other Asian countries in discussions on their recognition of regional issues, the role of science and technology in resolving these issues, the development of collaborative ties across boundaries and other topics.

The theme for the forum this year was "Tackling Pollution through Ecotechnology." The program consisted of presentations by Y-E-S awardees, keynote speeches by Japan's top researchers on environmental issues and a panel discussion. A research poster contest was held at the same time, featuring presentations by applicants and an award ceremony.

◎Presentations by the Y-E-S Awardees

Presentations were given by Y-E-S awardees from five countries, centering on environmental issues in their respective countries. The awardee from Vietnam reported on the current state regarding the use of polluted water in homes and industries. The Indian presentation was on control strategies for air pollution. The theme for the awardee from Cambodia was the problem of arsenic contamination of groundwater. The themes for Laos and Myanmar were, respectively, garbage management systems and projects for organic-waste-to-energy production. The speakers gave enthusiastic presentations on their subjects during the 20 minutes made available for each speaker. The audience responded actively with many questions directed to the speakers. 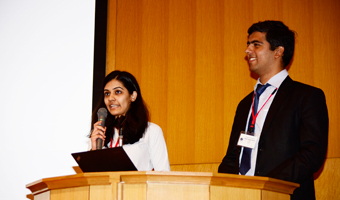 The awardee from India gives a presentation. 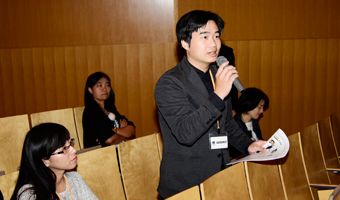 Earnest questions from the audience

The keynote speeches were given by Dr. Masanori Fujita, Professor Emeritus of Osaka University (water quality engineering/water science and environmental biotechnology) and Dr. Yoshifumi Yasuoka, Professor Emeritus at the University of Tokyo (remote sensing/environmental engineering/spatial information science). Dr. Fujita spoke on the history of water environmental technology in Japan and gave an introduction to water treatment technologies utilizing microorganisms. Dr. Yasuoka spoke on applications of remote sensing in the observation of climate change. They gave the audience an invaluable opportunity to learn about Japan's latest achievements employed in resolving environmental issues. 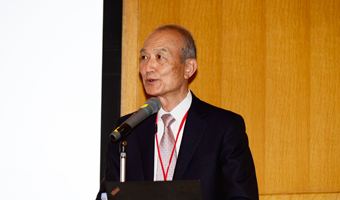 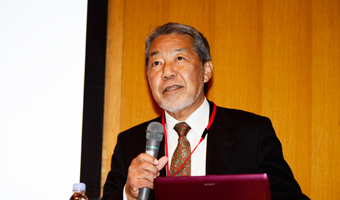 Following the keynote speeches, the panel discussion was held after a short break. The panelists were five Y-E-S Award awardees and the keynote speakers, Dr. Fujita and Dr. Yasuoka. Dr. Atsushi Sunami of the National Graduate Institute for Policy Studies, who is also an executive director of the Honda Foundation, served as moderator for the discussion on environmental issues and solutions for countries in Asia. A Y-E-S awardee pointed out that environmental issues are being addressed directly on the local level, but linking them to global actions will present clues to their resolution. Dr. Yasuoka responded to this by saying that a mechanism for applying global-scale research on localities does not exist, and creation of such a mechanism is important. Dr. Fujita added that advanced technologies are inclined to be narrow in focus. He also pointed out that complex problems such as air and water pollution require close and careful attention in experiments and reality. The discussion moderated by Dr. Sunami drew participation from the audience, developing into a free exchange of views and a productive discussion. 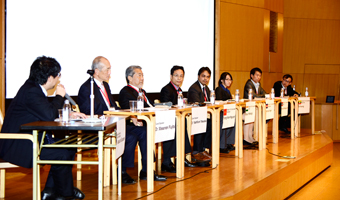 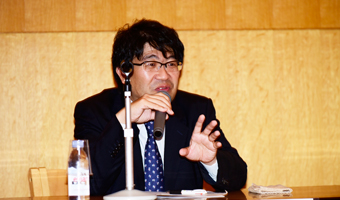 The moderator, Dr. Atsushi Sunami of the National Graduate Institute for Policy Studies

Alongside the Forum, a research poster contest took place with environmental issues as its theme. At the venue, 24 posters that passed the preliminary round of screening were displayed. Winners of the best prize and second prize selected by the organizer of the Forum, and audience award selected by votes by the Forum participants, were announced by the organizers. In the viewing hours, which overlapped with the lunch break, lively discussions were taking place between the poster presenters and Forum participants in various locations at the venue. 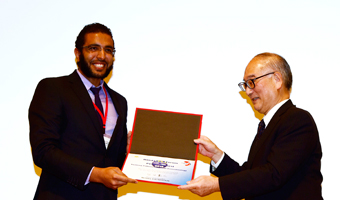 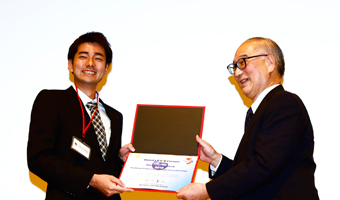 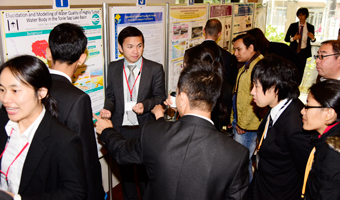 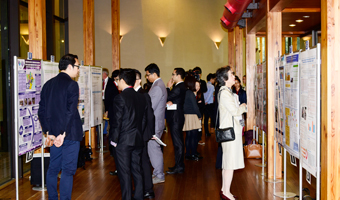 Lively discussions between poster presenters and Forum participants at the venue.

The Forum was planned and managed by Y-E-S Award awardees from various countries on a volunteer basis.

The members of the Y-E-S Forum Executive Committee visited Kawasaki Eco-Town in Kawasaki City on November 19, the day after the Forum, to see Japan's environmental protection technologies in action. Representatives of Kawasaki City Government gave an overview of the city's history and the current Eco-Town project. This was followed by a tour of hard-to-recycle paper recycling and a production line for toilet tissue made from recycled paper. Members showed great interest, actively asking questions, resulting in time running out but making the tour very productive. 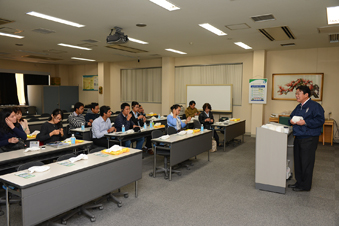 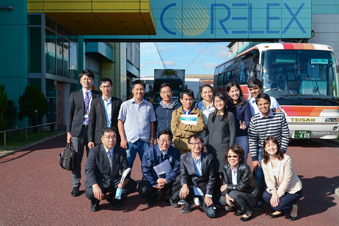