a therapeutic approachthat has proved to be extremely effective in arresting the involuntarymovements caused by Parkinson's disease and in boosting recovery of motor functions, thus dramatically improving the quality of life of the patient. To date, 150,000 patients have reportedly undergone the DBS surgical procedure.

Parkinson's disease is a progressive neurological disorder regarded as intractable. The cause is believed to be the insufficient production of the neurotransmitter dopamine that carries commands from the cerebral cortex to muscles throughout the body. As the disease progresses, the patient experiences tremors and muscle tension, causing involuntary movements of the body against the will of the patient. Additionally, the patient loses dexterity in the hands and use of the legs to walk. Before DBS became available, treatment of the disease centered on a brain surgery procedure called thalamotomy and the use of drugs to compensate for the decline in dopamine levels. Thalamotomy aims at normalization of motor function by destroying nerve cells in those parts of the brain (thalamus or palladium) activated excessively by Parkinson's disease. Developed in 1947, it was practiced commonly in the 1950s through 1960s.

Background to the introduction of DBS and its future

Thalamotomy involves the risk of being irreversible, due to the thermal destruction of nerve cells in the brain. For this reason, the number of surgical cases declined, with treatment using dopamine supplement drugs (L-dopa) becoming the mainstream approach. Drug therapy is effective in the early phase of Parkinson's disease but iminishes in effect as it progresses. It involves the problem of the protracted length of time during which the patient is unable to move as they wish.

The deep brain area that thalamotomy targets has been believed to be very risky in the past. The reason is that any errors in making lesions can cause neurological disorders and complications, as well as undesirable side effects.

In his research since the 1980s into safer and more effective surgical procedures, Dr. Benabid focused on the use of electrodes to stimulate those areas.

His research began with placing five electrodes at two millimeter intervals deep in the brain, embedding each on a target site to stimulate it at the physiological frequency. Through repeated exploration of the best stimulation level, stimulation at a high frequency of 130 Hz was found to be highly effective in treatment, without destroying the brain tissue. 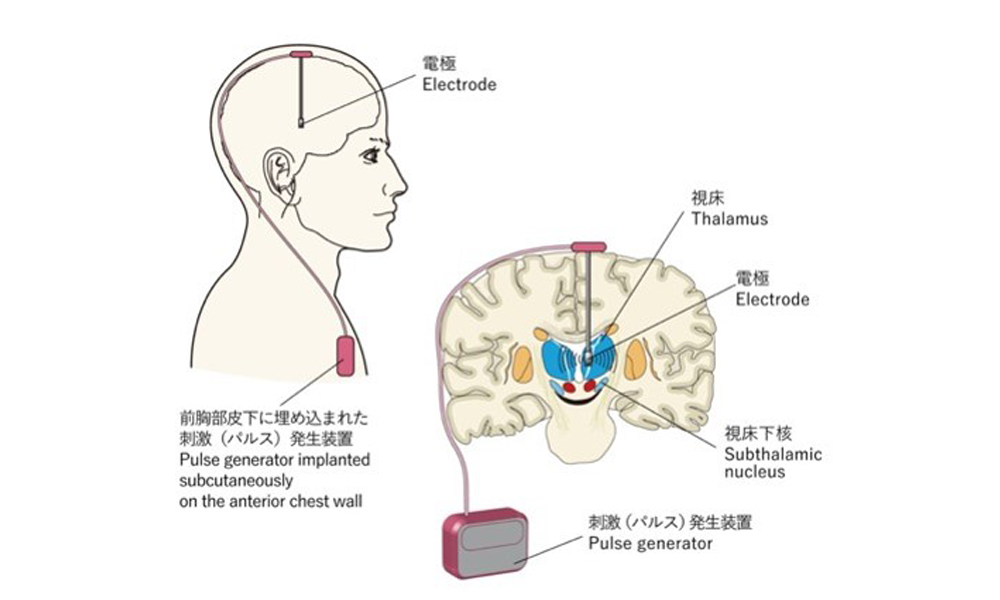 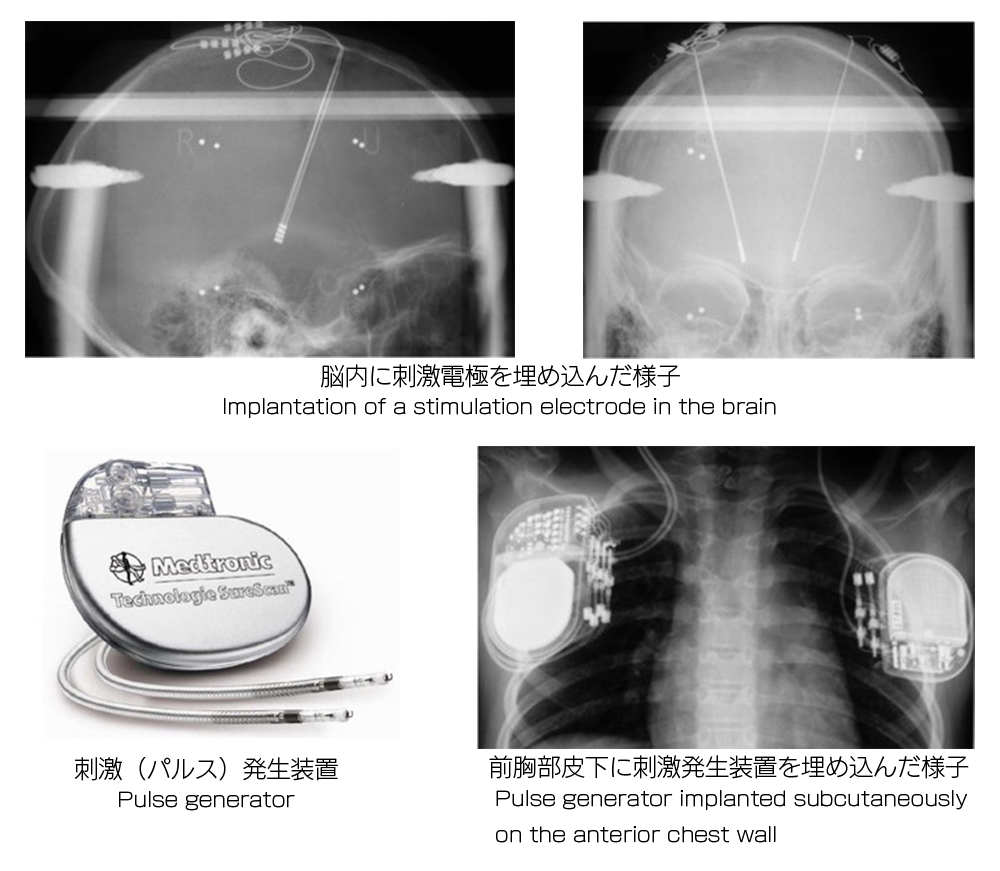 The prognosis after five years was excellent, and DBS became the major procedure for treating Parkinson's disease. In addition, DBS is now being used for the treatment of depression in Germany and of Alzheimer in the United States, as well as other nervous and neurological diseases that cannot be treated with drugs alone.

At present, Dr. Benabid is conducting research into near infrared treatments to arrest progressive Parkinson's disease. This procedure involves near infrared radiation of the nerve cells (or more accurately, the mitochondria that functions as the energy factory on the cell) in the basal ganglia with a device located in the cranium for restoration of the original physical function and progress in treatment.

He is also engaged in research withanother approach, namely, the development of an exoskeleton and brain-machine interface (BMI) controlled by brain signals to provide support to patients who have difficulty walking as a result of quadriplegic paralysis.
Dr. Benabid is continuing to explore better treatment methods from a broader perspective, placing top priority on the quality of life of the patients and not focusing exclusively on the procedure he developed