“Ecotechnology of the Water Molecule in the Human Brain” 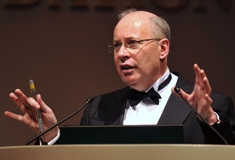 Dr. Denis Le Bihan
Diffusion MRI was invented by applying diffusion motion of molecules known as Brownian motion. With its crisp images of tissue structure, this technique has been spread in many fields: diagnosis of stroke at acute phase, diagnosis of cancer and mapping of brain connections. I also collaborated with Dr. Seiji Ogawa to develop diffusion fMRI, combination of fMRI and diffusion MRI so that we can see neuron activity in more detail. The brain has high plasticity and modifies flexibly depending on training and surroundings. I suppose that water molecules can be a clue to understand those dynamic changes in the brain. Expanding diffusion MRI would contribute to more and more people in the world through finding treatment of psychiatric diseases, development of alternative function for handicapped people, application to education fields and so on. 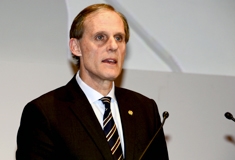 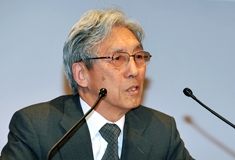 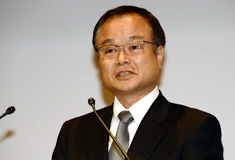