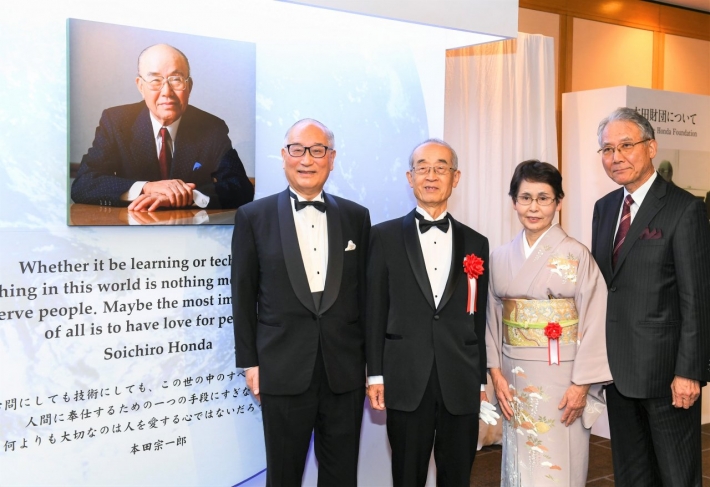 Commemorative Speech by the laureate:

Today, I would like to deliver a talk entitled “The Path a Crazy Boy Walked” as a commemorative lecture. It was when I was still a fledgling young man that I started to work on an outrageous research subject, and at first, I could not even see where I was heading. Still, I never forgot my former mentor’s word. He often said: “An engineering technology becomes meaningful only when it is used in society,” which has always been my motto to live up to. Also, I have never changed my attitude of “not imitating others” and “having courage to challenge something that others haven’t done” even until now.

The contents of the talk are shown here. First, I would like to talk about ICT innovation through the development of semiconductors. Let me explain the current situation. Next comes the effective use of electric energy. In this part, I will explain about the important role that power semiconductors play. And, also, from the viewpoint of energy conservation, I want to emphasize why now is the time that we should give our full attention to silicon carbide (SiC). I conducted basic research at Kyoto University, which became my turning point and led me to make an epoch-making presentation. I would speak about the basic research I conducted at university, in which I studied crystal growth by “step-controlled epitaxy,” and the devices I proposed such as an SBD (Schottky-barrier diode) and a MOSFET (metal-oxide-semiconductor field-effect transistor) using this method.

For a research outcome to be actually used in society, it has to be put into practical use by business enterprises; however, they only make such efforts when that is promoted by a national project with a guideline showing “which direction to go.” I would like to explain how we have addressed this challenge, and at the end of this, I would like to talk about future prospects. 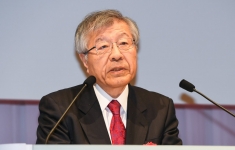 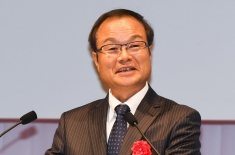 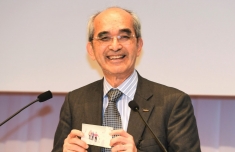